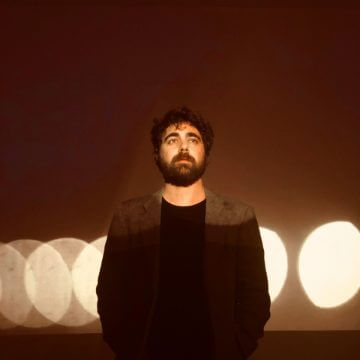 Twelve wise indigenous masters from around the globe, from places as distant and diverse as Alaska, Botswana, Brazil and Nepal, each sharing a wisdom and a knowing of our eternal and complex connection with Nature and all of humanity that is forgotten to us. While capturing their ways of living, their traditions and rituals, the film "The Twelve" by Lucy Martens and Olivier Girard culminates with the masters’ journey to New York where they meet at the United Nations in New York to create a unique ritual for Humankind and planet Earth. From the beginning Federico Albanese was enthusiastic about the project and accepted the challenge to compose the soundtrack.

"The Twelve" is a soundtrack, but it also is an album very much in its own right, with tracks that stand on their own, "It tells the story of these twelve people even without you seeing the film" explains Albanese. The pieces invoke feelings of meditation and anticipation that convey a wonderful sense of storytelling give even more strength to their content.

Today is the third foretaste of the new album. The wonderfully comforting piece "North Variation" was inspired by Master Lyudmila Khomovna, one of the last people of Uilta decent living in a remote island in Siberia, "She is a very particular person, and profoundly elder, a very wise person. I was having this idea in mind of something set in a very cold place but with a deep warmth within," says Albanese.

From today on you can listen to it on all common platforms. The whole album will be released on May 3rd by Neue Meister.

Enter a new world: HERMES from BURAK is out!

THE TWELVE – the new album of Federico Albanese is out now!