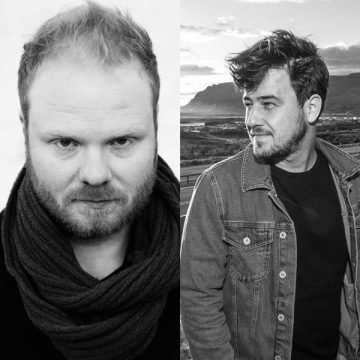 Kai Schumacher delights in pushing the boundaries between classical and popular music. Boasting an impressive musical pedigree, his solo performances are acts of pure musical and stylistic alchemy, serving up heady mixes of Dadaism and Dancefloor, Avantgarde and Pop culture. In his latest offering "Beauty In Simplicity", Kai Schumacher combines piano compositions from three centuries ranging from Erik Satie to Steve Reich through to Moderat. His aim is to meld the classical precursors and pop-culture inheritors of 'Minimal Music' with his own compositions to create an exquisite and unique sound. The Hug, the 8th track on the album, exemplifies this beautifully. "It's like a chameleon, this song has always been able to adapt to my emotional ups and downs - from deepest lovesickness to total euphoria. It has protected, covered and grounded me. Three chords in nine minutes can sometimes express the whole world," says Kai Schumacher.


Illuminine, also known as Kevin Imbrechts, is the perfect artist to expand on this theme with this rework. The Flemish noise-rocker turned ambient auteur has experimented with guitar and a handful of style effects pedals for years to create different soundscapes. The Leuven-native released two albums; #1 and #2 that beautifully explore the relationship between organic instrumentation and digital artifice to create his unique ambient sound. "When I listened to the track for the very first time, I really liked the idea of the triptych or trilogy. The song to me is in fact a story or a journey. Consequently, the rework also consists of three big waves of sound, first there is the unsteady and unpredictable wall of noise, followed by the original piano melody which represents the essence of the song. The last wave is a reflection of the two previous parts, an ambient guitar interpretation, a feeling that went through me while listening to Kai's work. Warm, yet desolate and cold at the same time."

The result of this collaboration is "The Hug (Illuminine Rework)", an atmospheric, emotive track full of muted, echoing harmonies. Like the title of the song, the tone is warm with pleading, pleasing melodies and emotive chord progressions. It delivers a stunning and visual listen and is a perfect marriage of sound. Kai Schumacher concludes, "That Illuminine has agreed to rework this track is particularly appealing to me, as the moods he creates in his own compositions evokes a very similar atmosphere. A cozy neutrality, which provides the listener with a platform through which to relive their own experiences."