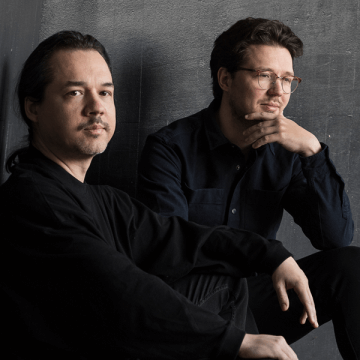 Hiddensee – the new album of CEEYS

Brothers Sebastian and Daniel Selke’s music can be likened to an exercise of memory retrieval. All of their four albums explore and pay tribute to their past; growing up in East Berlin in the final decade of the GDR. Their last album "WÆNDE" was as much about the fall of the Berlin Wall in 1989 and its implications in society, as it was about the thin walls that separated the brothers at home, and through which they heard each other practicing their instruments when young. The same can be said of their latest album "HIDDENSEE", which speaks both of a physical place - the picturesque East German island in the Baltic Sea - as well as a place and time of spiritual importance for the brothers,

"It's basically the longing for the humble Eldorado of our childhood," explains Daniel.

East Germany opened itself in the 90s, the Selke brothers would find themselves traveling out of their homeplace to "the rest of the world", and while grateful for their newfound freedoms, they would also come to miss their childhood Eden, "Enriched and irritated by the variety of impressions, also grateful and yet wistful, we finally all wished ourselves back to our little island in the middle of the Baltic Sea," reminisces Daniel.

Today this wish comes true, because from today on there is the first foretaste of the upcoming album. The single of the same name "Hiddensee" is now available on all popular portals.

One composer, one song, six DJs

In the beginning there was silence