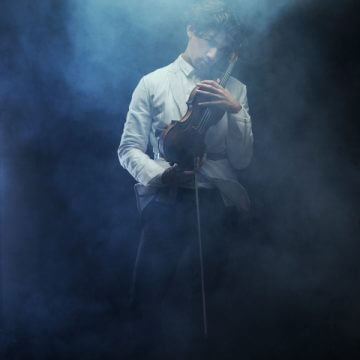 Welcome to the team, Iskandar Widjaja!

Another great new addition to the Neue Meister family!

Iskandar Widjaja is the son of Arab-Dutch and Chinese-Indonesian parents and gave concerts at an early age with internationally renowned orchestras such as the Deutsches Symphonie-Orchester and Konzerthausorchester Berlin, the Munich, Warsaw and Shanghai Philharmonic Orchestras, Sydney Symphony,Orchestre de la Suisse Romande, Radio Symphonieorchester Wien and the Hong Kong Sinfonietta.

But Iskandar Widjaja's music is not the only thing that's going on: he has built up a showbizz career in East Asia, leading to regular TV appearances, commercial advertising contracts, brand ambassador activities and "trending topic" on Twitter. Iskandar is also strongly committed to educational projects for children in Asia-Pacific, for example in cooperation with UNICEF or the WWF. With KOMPAS Gramedia, Indonesia's largest media group, he organized charities to finance musical instruments and education for street children.

We are looking forward to everything that will come with this bundle of energy, because as the magazine "The Stad" aptly put it: "Iskandar Widjaja, a true force of nature".

Welcome to the team: John Metcalfe signs with Neue Meister