If the concept behind Arash Safaian's "ÜberBach" – winner of a 2017 ECHO Klassik Award in the 'Classical Without Borders' category – was to compose music in which one could hear Bach without Bach actually being present, then the release of "Mondholz: Remixes & Canons" develops the idea further still. With two original tracks and two remixes by renowned electronic producer Hendrik Weber aka Pantha Du Prince – who jokes Bach's music is in his genes since it played in his parents' home before he was even born – it finds Weber "applying the rules of Pantha Du Prince" to Safaian's work. As Safaian says, "The poetry of this record is, for me, that the universal architecture of the canon is combined with the principle of dancing."

For both artists, it's a perfect pairing. "I always had the sense he'd feel similarly about Bach," continues Safaian of Weber. "I consider Black Noise one of the best electronic records, and hear in his music an encrypted polyphony, which has an originality one only knows from nature. He was my first and only choice for collaboration."


Weber, meanwhile, states that "my deep connection with Bach, and my awareness of his impact on how we listen to, and perform, music today, led me to a certain space. Embracing his genius and respecting the structures, I wanted to transcend the idea of Bach's music and create a new piece out of it, still keeping the canons as a backbone, but using new technologies to expand his vision."

The results flawlessly merge Bach's revolutionary style, Safaian's remarkable reimagining of the composer's work – performed by Sebastian Knauer (piano), Pascal Schumacher (Vibraphone) and the Zurich Chamber Orchestra – and Pantha Du Prince's singular approach to electronic composition. "Music is the transmitter that takes you to new places, reassures you and confuses you," Weber concludes, "and when music lovers get more open, and their consciousness expands into new fields they’ve not considered experiencing, I adore that."

Is this a sign of an era when classical and electronic music will no longer be suspicious of one another? Safaian's response is simple. "I think so. I hope so. Let´s work on it." 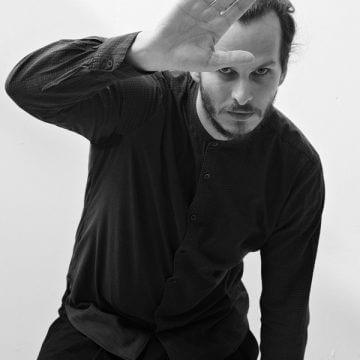 "Jupiter's Delight" deals experimentally with the visual world of space. The video originates between a modern city scenario, the beauty of Mongolia's nature and culture: an overall universal agreement combining those worlds. Musical motifs of the track are linked to ...

"Jupiter's Delight" deals experimentally with the visual world of space. The video originates between a modern city scenario, the beauty of Mongolia's nature and culture: an overall universal agreement combining those worlds. Musical motifs of the track are linked to ...