Having made his concert debut at the age of 14 in the Laeiszhalle in his native city of Hamburg, Sebastian Knauer can already look back on a concert career lasting more than a quarter of a century. He has played in over 50 countries on four continents, appearing in such prestigious venues as the Berlin Philharmonie, the Leipzig Gewandhaus, the Concertgebouw in Amsterdam, London’s Wigmore Hall, Théâtre des Champs-Elysées in Paris, the Zurich Tonhalle, the Konzerthaus in Vienna, the Lincoln Center in New York and the NCPA in Beijing. He is a frequent festival guest in Schleswig-Holstein, Dresden, and the Rheingau, at the Ruhr Piano Festival, Bonn’s Beethovenfest, the Schubertiade in Hohenems and the Salzburg Festival, and in Gstaad, Montreux, Aix-en-Provence, Bath, Istanbul, Ravinia, Savannah and Shanghai. Sebastian Knauer’s highly extensive and varied repertoire is reflected in his 15-plus CD releases to date. His most recent recordings Bach & Sons and Vienna 1789, both with the Zurich Chamber Orchestra under Sir Roger Norrington, won generous praise: “Brilliant” (Stern), “Fantastic” (Neue Zürcher Zeitung), “Excellent” (Die Presse Wien).


In 2005, East meets West, a joint project with his duo partner Daniel Hope, was awarded the ECHO Klassik and a Grammy nomination. The Hamburg Philharmonic have performed with Sebastian Knauer in a cycle of all 27 Mozart concertos and the Bamberg Symphony Orchestra have played all the Haydn concertos, in each case to his direction from the keyboard. He has also performed in concert with the Dresden Staatskapelle, the NDR Symphony Orchestra, the Konzerthaus Orchestra of Berlin, Philharmonia Zürich, Camerata Salzburg, the Chamber Orchestra of Europe, Lucerne Festival Strings, Orchestre de Chambre de Paris and the New York City Opera Orchestra, conducted by Fabio Luisi, Thomas Hengelbrock, Neeme Järvi, Vladimir Fedoseyev, Ingo Metzmacher, John Axelrod, Simone Young, Michael Sanderling and Jaap van Zweden. An artist with a close affinity with chamber music, he has contributed to numerous projects with such impressive colleagues as the Emerson String Quartet, Philharmonia Quartett Berlin, Sol Gabetta, Sabine Meyer, singers Anne Sofie von Otter, Bernarda Fink, Michael Schade, Olaf Bär and the late Hermann Prey, and with choreographer John Neumeier and the drummer of “The Police”, Stewart Copeland. Already this century he has put together a series of Word meets Music programmes, always focusing on one composer. Sebastian Knauer creates the texts about the composer’s life, which are recited on stage by noted actors. With well over 300 appearances in this format since 2001 he regularly plays alongside Klaus Maria Brandauer, Hannelore Elsner, Martina Gedeck, Katja Riemann, Iris Berben, Gudrun Landgrebe and Barbara Auer.
2012 saw Sebastian Knauer establish his own festival, mozart@augsburg, of which he has assumed artistic direction.

Get to the homepage. 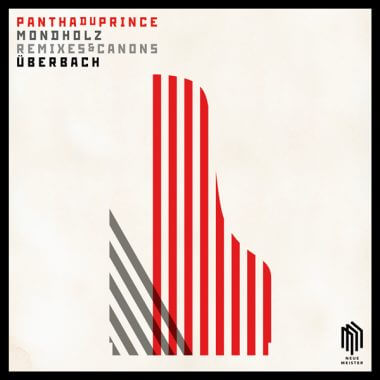