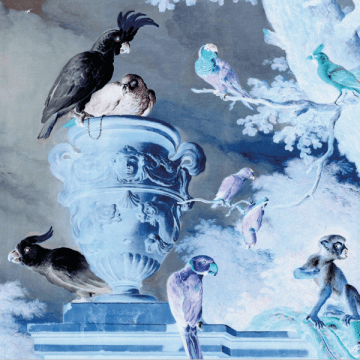 UNTIL THE BEAT DROPS: MAIA REMIX ALBUM HAS ARRIVED

"A remix to me is more than just an extension to the original. The artists in fact create their very own versions of a song." – BURAK.

Just over a month after the release of his debut album HERMES, BURAK launches a follow-up album: MAIA Remixes. On this album he features artists who exerted a deep influence on his own music, it is also an impressive compilation of pioneers, both established and up-and-coming, in different arenas of electronic music.

Electronic music producers Efdemin, Hernan Cattaneo and Matthew Herbert are perhaps the most instantly recognizable names on the album, with decades of experience in the scene which cemented their names worldwide. Along with the aforementioned luminaries of electronic music, BURAK also invited artists from his own generation who have gained impressive traction in the recent years to contribute with remixes: Magdalena, the French DJ N’to and Rodriguez Jr.

In inviting these six wildly diverse electronic music producers to be a part of his newest album, BURAK opened the door for a body of work that moves beyond the domain of mere remixes.

"Opening MAIA to the remixes was an emotional and exciting journey."

The album is now available everywhere.

HELIKOPTER – THE SECOND SINGLE OF CEEYS

HIDDENSEE – The new album by CEEYS is here