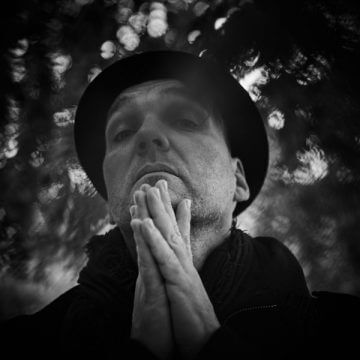 On 29 March 2019 Arnold Kasar releases his new album "Resonanz" at Neue Meister. An album from the observation to the deconstructed melody, to the dark drone and then back to contemplation.

Arnold Kasar has done a lot of commuting over the last few years to record with legendary figures such as Hans-Joachim Roedelius and Friedrich Liechtenstein. On these journeys he captured impressions of the day as sound recordings, his laptop became a sketchbook. In this way, several hours of extremely personal piano improvisations have accumulated, which Arnold Kasar now and then selected an individual take and processes it beyond recognition. Through the act of editing his present album Resonanz is the result.

"I'm a digital nomad," says Arnold Kasar. "I like to sit in the dining car in the morning, when the train is heading south from Berlin, and my eyes can take in a landscape in the morning fog. It doesn't even take five minutes, and I'm in old Europe, in a whole different mindset. With my mobile equipment I can work very well in the dining car, and also in hotels. I have my own sonic vocabulary, which no one else has, and it allows me to be independent. I listened to my album Resonanz entirely during these endless train journeys, editing and honing it gradually."

From now on there is the first foretaste "A Million Miles from Silence". Be sure to listen!