The Berlin based pianist & music producer Arnold Kasar is a musical jack of all trades. In countless projects, the musician grown in the southern area of the picturesque Black Forest left his traces. Starting with his electro-jazz projects with Lisa Bassege and her bands Nylon and Micatone, through his work as co-author and musical director for the all-round performer Friedrich Liechtenstein ("Supergeil") to his last acclaimed release "Einfluss" together with Joachim Roedelius. However, the trained sound-engineer is also capable of going solo, as he proved with his solo debut "The Piano Has Been Smoking" in 2012. Now he returned to his first instrument and his timing couldn't be better, since the piano returned to new strength in the music world.

The piano, which has accompanied Arnold Kasar from his childhood on, always just fell out of the recordings in the past. Due to this enduring relationship to his first instrument he got bored of it. Instead, he preferred to dedicate himself to sample-based electronic music in several musical projects.

That was in 2010: at that point the work on the new LP "The Piano Has Been Smoking" had started, being released in 2012 and fully concentrating around the piano. By then Kasar already used the technique of the prepared piano, which once was introduced by John Cage. Only one song, the designated single "Put A Light On Me", was supposed to have a vocal track, but after he didn't find the right voice for it, he simply sang it himself. Like this, for the first time the world got to hear the dark and melancholic timbre of Arnold Kasar. The desired airplay (i.a. Austrian "FM4" or Berlin's "RBB RadioEins") was achieved easily and from that moment on Kasar was delighted by the idea of singing on his own productions, since he had closed the chapter of producing an album on a prepared piano anyway. For this reason the comparison with other piano artists, is merely adequate. Kasar rather walks on, restless and always willing to try something new.

But this doesn't mean that he has to quit it completely: also on "Walk On" (released 2014) one finds a few pieces with the support of the prepared piano, but this time the singing is clearly in the foreground. Like this, the whole vibe of the record changes: "I'd say the last record was way more a city record", referring to the by then used techno-elements, for example, "and the new one is a record for the countryside.", especially inspired by Arthur Russell's most intimate album "World Of Echo".

By the end of 2016 Kasar recorded several improvisations as basics for new songs, but soon decided to keep them as they are and curate them as a solo piano album.

"The work emerges unique with the rediscovery of old places, the old home – as I’ve now been living in Berlin for twenty years – and memorable times with family and old friends. I see these old places now in a new light and they have a much deeper meaning to me now: Ödland, Jungholz, Krai Waag Gumpe, Engelschwandt – and Devil’s Kitchen. Places I’ve known since I was a child and now experience differently. I even called my studio ‚Devil’s Kitchen‘ after the beautiful secret waterfall hidden away in a Black Forest valley. Improvisation is always the base. From there songs grow and everything else blossoms. Sometimes the improvisation is the finished piece. I’ve been improvising for as long as I could play piano, in my own systems and patterns, but always ‚in harmony‘. These improvisations are very important part of my work. Sometimes they seem like the left over remains of a chemical reaction, but they’re far too precious to simply throw away and have become very dear to me. So I have compiled a few of them for my album "Inside Devils Kitschen". I don’t think I’ve ever sounded as authentic and direct as on these recordings because they’re all improvised out of nothing, created in the place where I grew up. From here the road could lead in many directions. New songs, maybe new sounds on another piano, but this is the foundation. Purity and tranquility. I went back to the beginning so that I could keep going forwards." 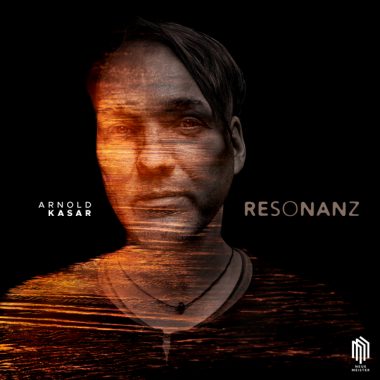