Alphaville’s greatest hits from 40 years of the band’s history, in completely new arrangements recorded with the German Film Orchestra of Babelsberg

Alphaville, Germany’s biggest synth-pop export and creator of the legendary 80s anthems “Big in Japan”, “Sounds like a Melody” and “Forever Young”, has decided to go symphonic. The band is doing things on the grand scale and catapulting the band’s 40 years of greatest hits out of the orbit of synthesizers and rhythm machines into the world of the human sound machine, the symphony orchestra. “Eternally Yours” is more, much more, than a mere translation of the songs into the sound spectrum of a great orchestra. What it amounts to, rather, is a symbiosis of Marian Gold’s unique vocal capacities, the original Alphaville sound and the majestic power and rich timbres of the concert-hall-sized German Film Orchestra of Babelsberg.

“Eternally Yours” is about the everlasting theme of endurance and evanescence. The lyrics of songs from the past four decades were written predominantly by Marian Gold himself. One central theme for Alphaville and Marian Gold has always been the dream: “We really get around quite a lot, we’ve played almost everywhere, in our heads and out of our heads. All that goes into our music, into the idea of what Alphaville could be. It is like a never-ending dream. Those who hear our music hear fragments of this dream.” The completely new title track reads like a long letter of farewell. The fact is that except for the refrain, all the lines come from Shakespeare’s Sonnets. “I didn’t write a single line of my own for this song, all the words and all the ideas come from Shakespeare. All I did was recompile them and minimally adjust them, so as to make them more singable for me.”

“All 23 numbers on this album have been essentially clarified by their arrangement, they’re stripped clean, released, set free. Their true nature has been revealed.” Marian Gold, frontman of the band, and his two arrangers Max Knoth and Christian Lohr have given this album the sonic ambience that matches the musical content of its songs. The songs don’t sound overblown, either, they’re not pushed beyond their limits – on the contrary, the album has such natural, warm, even familiar tones that listening to it, you wonder why there haven’t been more symphonic arrangements of Alphaville songs in the past. Marian Gold goes so far as to say: “When I hear it, ‘Eternally Yours’ really does sound as if it were actually the first Alphaville album – except that for forty years, it lay unreleased. We simply didn’t have access to an orchestra in those days, we ‘only’ had synthesizers and rhythm machines.”

The double CD contains the complete album with all 23 tracks, including the strip-down versions and single edits of the tracks "Big in Japan", "Sounds like a Melody" and "Forever Young". In addition to that, a booklet gives insights into the lyrics of the songs.

The album is also available as a black vinyl edition. Three 180g vinyls in padded inner sleeves are packaged in a 300g gatefold. As a special and limited format, there is also the Colored Vinyl GOLD Edition available. Both vinyl versions contain the entire album plus three bonus tracks and a vinyl-format insert with lyrics.

The Collectors Box offers the complete insight into Alphaville's "Eternally Yours": it contains the double CD and the Colored Vinyl GOLD Edition bundled in one box. Additionally – and exclusively in the Collectors Box – you can enjoy "Eternally Yours" in immersive Dolby Atmos sound via the Alphaville USB stick. Furthermore – and for the first time ever in 15 years – the Eternally Yours MC allows you to hear Alphaville on cassette. A large-format booklet with a track-by-track description by Marian Gold, texts by author Max Dax and photographic insights into the recording offer further exciting insights into the album and the history of Alphaville. The entire box can be stowed away in the Alphaville tote bag. 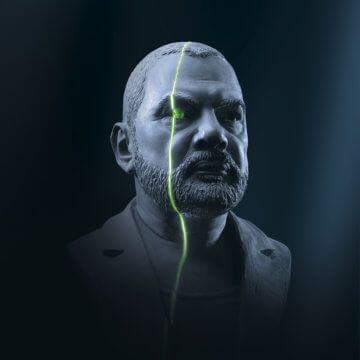 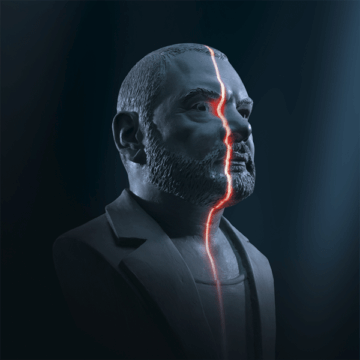 Alphaville is back! The cult band around singer Marian Gold kicks off a new era in its band history and presents 'Big in Japan - Symphonic Version', recorded with the German Film Orchestra Babelsberg. This is the first single and ...

Alphaville is back! The cult band around singer Marian Gold kicks off a new era in its band history and presents 'Big in Japan - Symphonic Version', recorded with the German Film Orchestra Babelsberg. This is the first single and ...