Founded in spring 1983 by Marian Gold, Bernhard Lloyd and Frank Mertens in Münster, Germany. Inspired by New Wave acts such as Ultravox!, XTC and OMD, Marian Gold first met Bernhard Lloyd and Frank Mertens in Berlin at the end of 1981. A few months later and after moving from Berlin to the rural idyll of Münster, they founded Alphaville, named after the 60s film of the same name by Jean-Luc Godard.

Stylistically, Alphaville started their career with synthesizer-heavy, juvenile synth-pop that fitted perfectly into the mood of the early 80s. 1984 saw the release of their first single "Big in Japan", which, together with the subsequent songs "Sounds like a Melody", "Forever Young" and the eponymous debut album, made the band one of the most successful German groups of the decade worldwide. But this meteoric rise to the top soon found its first victim: in 1985 Frank Mertens had had enough of the media hype and left the band, fed up. He was replaced by keyboardist and guitarist Rick Echolette. With their following albums "Afternoons in Utopia", "The Breathtaking Blue" and "Prostitute", Alphaville moved further and further away from the simply structured pop songs of the early days and turned to more complex musical narratives. At the same time, Gold developed into a versatile singer whose style and stage presence were reminiscent of Scott Walker, Billy MacKenzie or Freddy Mercury. After a three-year break, during which two solo albums by Gold were produced ("So Long Celeste" and "United") and after Echolette's departure, Alphaville celebrated a comeback in 1997 with their 5th album "Salvation", which at the same time represented a return to the sound of their beginnings.

This was followed in 1999 by "Dreamscapes", a gigantic compilation of 8 CDs that represented the band's musical development over the last 20 years and consisted almost exclusively of unreleased material. Their world tour in 2000 resulted in the only concert album to date, "Stark Naked and Absolutely Live". In the years 2000-2002, Alphaville – in the meantime expanded to include the British keyboardist and producer Martin Lister – moved all of their then current music production to the internet, where an online audience could follow the creation of their songs live from the first embryonic stages to the fully produced song. This experiment resulted in the 8th studio album "CrazyShow" in 2003. In the following years, Alphaville concentrated on extended tours; in between, Gold acted as singer and co-writer in some avant-garde projects of his long-time friend and colleague Klaus Schulze.

In 2009, Alphaville switched from their previous record label Warner Brothers to Universal Music and released album No.9, "Catching Rays on Giant", in November 2010, whose conservative, melodic pop sound catapulted them back into the European Top Ten, followed by the last studio production to date, "Strange Attractor", which, compared to its predecessor, came from the band's rather darker sonic realms. In 2019 and 2021, the first three Alphaville albums were re-released as remasters with elaborate artwork and a wealth of additional material. Furthermore, Gold dedicated himself to numerous solo projects, so he not only took part in the popular TV format "Sing meinen Song" ("Sing my song"), he also cooperated with artists such as Renard, Schiller and Westbam. Also during this time and shortly after the beginning of the Corona pandemic in early 2020, Alphaville released the so-called "Corona Songs" free of charge via the internet: 17 works consisting of remixes, demos and brand-new songs, reminiscent of the CrazyShow project of 2003 in the spontaneity of their creation.

In January 2022, after 40 years of band history, the time was ripe for a very special undertaking: The re-recording of Alphaville's greatest hits complete with newly composed songs in symphonic arrangements. The triple album "Eternally Yours" will premiere on the Neue Meister label (Edel) in autumn 2022. The German Film Orchestra Babelsberg has been won for the production, with its great experience between pop, film and classical music the perfect musical partner for this project. A tour of the world's major concert halls is then planned for spring 2023. At the same time, the recordings for album No. 12 "Thunderbaby" are in full swing. The premiere is expected in summer or autumn 2023. 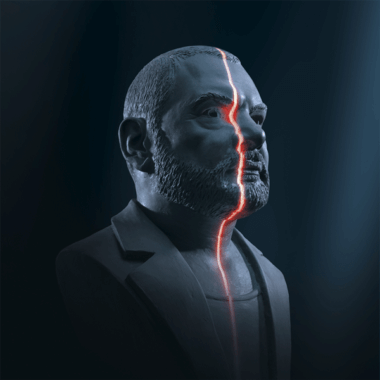