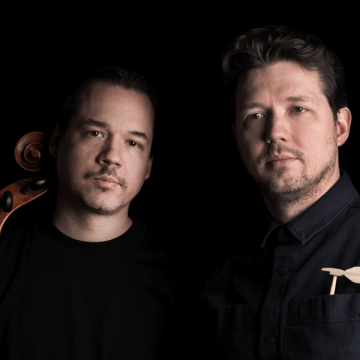 " It's an extraordinary piece of music. It's a work of two brothers, Sebastian on cello and Daniel on piano, and together they play as CEEYS. I saw them premiere tracks from their new album at Neue Meister modern classical gig that I went to very recently in Berlin. This is a project, which is actually dedicated to their parents and it is written about the streets and the buildings that surrounded them in their childhood, growing up on the streets of East Berlin. From their record, this is a very beautiful fragile tender piece called 'Zanzibar'" - says Mary Anne Hobb.

You can listen to it here. Just fast-forward to minute 41.

Iskandar Widjaja keeps on flowing with “River Flows in You”