For over twenty-five years, Nigel Kennedy has been acknowledged as one of the world's leading violin virtuosos and is, without doubt, one of the most important violinists Britain has ever produced. His virtuoso technique, unique talent and mass appeal have brought fresh perspectives to both the classical and contemporary repertoire. He is the best selling classical violinist of all time.


From a young age, he was Yehudi Menuhin’s most famous protégé, studying first at the Menuhin School before moving to the Juilliard School of Music in New York to study under celebrated teacher, Dorothy DeLay.

His first landmark recording of Vivaldi's Four Seasons earned a place in the Guinness Book of Records as the best-selling classical work of all time. It sold in excess of 3 million copies and the album remained top of the UK classical charts for almost two years. He has also made best-selling concerto recordings of Bach, Beethoven, Berg, Brahms, Bruch, Mendelssohn, Sibelius, Tchaikovsky and Walton, alongside chamber music and recital discs.

His passion for jazz resulted in the album Blue Note Sessions, made under the eye of Grammy award-winning producer Jay Newland, featuring a band of jazz giants such as Ron Carter and Jack DeJohnette, amongst others.

Nigel Kennedy's Neue Meister debute, the 2016 album "My World", is at the same time a world-premiere: It is an album in which he features his own compositions exclusively. “…a lot of the time I play music from other worlds …. Welcome to My World”.

All artwork photos © by Henryk Pietkiewicz 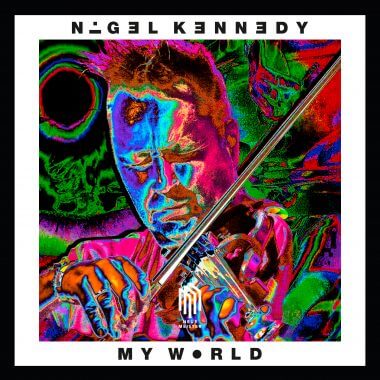