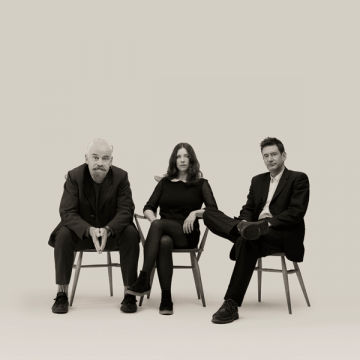 London composer and producer John Metcalfe releases his fifth studio album ’Absence’ on Neue Meister. Roaming boundaries between genres and employing stunning electro-classical soundscapes Metcalfe has created ten finely tuned compositions which are neat yet grand in scale, both in terms of sound and the conceptual ideas underpinning them. Absence is something of a departure for Metcalfe, framing bold images and themes with some of the most conventional song structures he's ever employed. But it's also his most affecting, deconstructing a subject he's been interested in since his childhood in New Zealand.

As an exploration into the process of separation 'Absence' can be interpreted as a set of stages and conversations, real and imagined, through which two people might travel when one of them is dying. Although mainly set in the present the music also addresses the past and life beyond loss.

The album features folk musician Rosie Doonan, whose heart-rending voice graces every track - a first for Metcalfe to include vocals throughout an album. "I had no choice", says Metcalfe, "as soon as I heard Rosie I knew her soundworld would be a fundamental part of this record". Also crucial to the timbre, variety and emotional impact of the music are bassist Ali Friend and drummer Daisy Palmer. Together they bring extraordinary power, deep groove and sublime lyricism to proceedings.

Absence is a profound exploration of a subject that affects everyone of us. But ultimately its message is about love, hope and the ways we carry loved ones with us throughout our entire lives.