Against the dreadful background of the Second World War, 48 nations came together to create a single document in a pledge of peace for future generations. This document became known as The Universal Declaration of Human Rights, aimed at protecting what were coined as the “basic rights and fundamental freedoms” of every person. It was a milestone in humanity’s progress and development, later being ratified in a European convention overseen by an independent international court to make sure the errors from the past were never to be repeated again. This year Europe celebrates the 70th anniversary of the Convention on Human Rights and its achievements, yet, in looking around, it’s easy to realize the mission proposed by that post-war document is far from completed. Seventy years on from its creation, German composer Helge Burggrabe wants to remind us of the ideas behind The Universal Declaration of Human Rights. To do so, he has created a new album, HUMAN.

There’s something grandiose about HUMAN, as if the music were a soundtrack to an epic and impressive film. It wants to awaken a force within us, it’s music that aspires to something greater, an ideal. In many ways, that’s exactly what Burggrabe intended with HUMAN. The album is a musical call to action and unity, an enthusiastic motivational speech, except where there should be words the philharmonic does the talking. As part of the HUMAN European Culture Project, this album has a clear vision and aim; to encourage the youth to strive for a society based on freedom, tolerance and peace. Born in the Brussels’ district of Molenbeek, the neighbourhood that made unfortunate headlines due to raids and arrests following terrorist attacks in Paris and Brussels, The HUMAN Culture Project stemmed from a single burning question: how can different cultures live together peacefully across all traditions, lifestyles, and philosophies? “Through music and dance”, was the solution proposed by Burggrabe. “You can talk a lot about peace and tolerance, but when a group of young people bring their longing for freedom to the stage with their bodies and their whole being, it has a completely different impact and
expressiveness,” explains Burggrabe, “It was clear to me from the start to think about dance and to forego language within the music.” Bringing together renowned musicians, choreographers and dancers the project will give a shape and a voice to some of the core tenants of the historical Human Rights charter, such as freedom, home, equality and love, “Since setting all 30 articles to music would have exceeded the scope of a concert, I asked myself what the core topics and the basic needs underlying human rights could be,” says Burggrabe who condensed the charter into 11 main themes.

The music isn’t just a sonic interpretation of the document however, it is meant to inspire and renew a sense of appreciation for the values therein inscripted. To do so, the music had to be stimulating and arousing. It had to compel and provoke. Since dance and performance made up the core of this project, Burggrabe composed the music with its physical expression in mind, asking himself which rhythms could inspire movements that could showcase the chosen themes, “It quickly became clear to me that every single topic comes alive through its opposite,” explains the composer. A compositional dramaturgy was hence created where every human right would be presented by contrasting its safeguarding with the lack of its protection. This game of contrasts and tensions is perhaps best expressed in the track “Home” where a soft and melodic beginning gives way to orchestral furor and chaos – a devastation inspired by the vulnerability of refugees crossing the Mediterranean. The track “Recreation” superimposes its contrasts, with a tinkling piano melody fluttering above melancholic string arrangements. The piece immediately makes evident the sadness of a life without space for playfulness and dreaming. On “Community”, a lonely and fragile oboe solo gains strength and vitality as new sounds are added, exploding in full-bodied exuberance through its association to other instruments. For every piece of music, listeners are brought to the highs of a dignified existence, and the lows of an inhumane one.

HUMAN is an album that brings together the timeless and the contemporary. On the one hand, there’s something ancient and archaic about its message, basic even. On the other, in order to give this ancient wisdom any meaning, it must answer to today’s context and current struggles. Despite the elemental nature of the topics within HUMAN - the obvious need for things such as liberty, work and home for a dignified existence - advocating for these today is still a matter of urgency, “In view of grievances and social upheavals, unequal distribution, growing nationalisms and, last but not least, the challenge of isolation through the corona pandemic, the question ‘how can different cultures live together peacefully across all borders of traditions, lifestyles and worldviews?’ is more important than ever,” states the composer. HUMAN is about addressing this main question, expressed over 70 years ago in The Universal Declaration of Human Rights, but this time instead of doing so statically through words on paper, Burggrabe is proposing a living, breathing and most importantly collaborative alternative to the historic document. 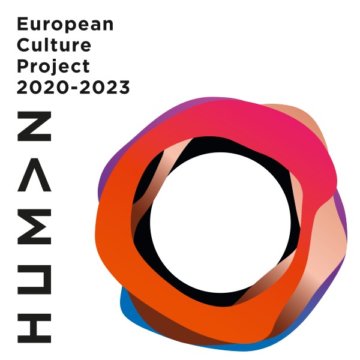 HUMAN is an album that brings together the timeless and the contemporary. The single 'Home' appears in advance. On the one hand, there’s something ancient and archaic about its message, basic even. On the other, in order to give ...

HUMAN is an album that brings together the timeless and the contemporary. The single 'Recreation' appears in advance. On the one hand, there’s something ancient and archaic about its message, basic even. On the other, in order to give ...

HUMAN is an album that brings together the timeless and the contemporary. The single 'Home' appears in advance. On the one hand, there’s something ancient and archaic about its message, basic even. On the other, in order to give ...

HUMAN is an album that brings together the timeless and the contemporary. The single 'Recreation' appears in advance. On the one hand, there’s something ancient and archaic about its message, basic even. On the other, in order to give ...