What happens when three musicians take the music of Johann Sebastian Bach, and develop it in a bold and skilful way? The result is a number of new constellations. "Vintage Moon", "Electric Rain", "Hiraeth" and "999" are the four hybrid works on the debut album of the BachSpace ensemble, situated at the interface of Baroque music and electronica. They have to date played their boundary-breaking music at various Bach festivals and at the 2017 Montreux Jazz Festival.


Pianist Tamar Halperin, who won the Hesse Arts Prize in 2016 and has accompanied Michael Wollny and Andreas Scholl, celebrated her debut with the Neue Meister label in 2016 with her acclaimed "Satie" album, while violinist Etienne Abelin was for many years a member of the Lucerne Festival Orchestra. For this recording, the pair recorded various works by Bach in the studio. Audio designer Tomek Kolczynski, who has made a name for himself through soundtracks for the theatre and cinema, then extracted characteristic fragments from the piano and violin tracks, and transformed them digitally. He then moulded the multilayered sound chains, loops and ostinato elements into new works with suspense curves.

Together the three musicians have woven the Bach originals with the electronic compositions into new entities – a technique which was referred to as a "pasticcio" in the Renaissance and Baroque eras. These woven fabrics – these constellations – lend the density and emotionality of Bach's music a new dimension. Here is Johann Sebastian Bach, mutated into his own contemporary sound world thanks to skilful dramatic effect and recomposition: BachSpace. 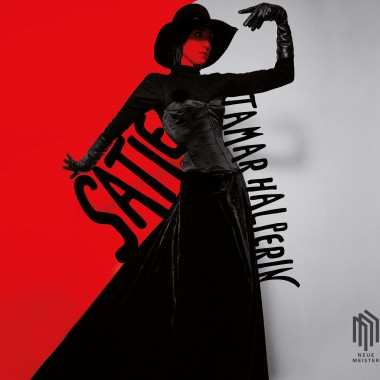