Encouraged and inspired by his father, the trombonist Ludwig Nuss and his brother Hubert, a pianist, both internationally renowned jazz musicians and composers, Benyamin Nuss started taking piano lessons at the age of six. Benyamin not only grows up with the music of different genres but also makes classical music and jazz his passion. As a ten-year-old, inspired by "Doctor gradus ad parnassum" from "Children's Corner" he begins to intensively deal with the composer Claude Debussy and soon also with the work of Maurice Ravel. At first, he was fascinated by the timbres and harmonies of the Impressionists, but soon he finds himself more and more among the romantics - Rachmaninoff, Liszt, and Chopin are still his favorite composers today.


The first prizes at the "Jugend musiziert" national competition, the Steinway Competition (2005) and the "Prix d'amadeo de piano" (2006), as well as a scholarship for highly skilled players, prove how elegant and emotional he internalized their music. Benyamin Nuss, who has studied with Prof. Ilja Scheps at the Cologne Conservatory since 2008, lives his passion for music - in the conservatory, at piano concerts in the Berlin Philharmonic, the Alte Oper Frankfurt and on tour with jazz bands. No-one less than Rolando Villazón introduced him to a large European audience in the TV production "Die Stars von Morgen". At home and abroad Benyamin has performed as a soloist with various top orchestras from Cologne to Stockholm and Tokyo, to Chicago and London. He also gains inspiration from Anatol Ugorsky, Stanislav Bunin, Dmitri Bashkirov and Ragna Schirmer. In 2015 Benyamin Nuss was touring in China and Japan with Japanese conductor Kazuki Yamada.

In addition to a passion for classic and jazz, Nuss is genuinely fascinated by the world of digital games, their soundscapes, and soundtracks. With piano versions of well-known game music, Nuss succeeds in attracting young listeners to the concert halls and plays at major fairs and conventions in the video game scene. In 2019, Benyamin Nuss released the piano album Fantasy Worlds at the Berlin-based label Neue Meister - a tribute to the video game music by Nobuo Uematsu, Masashi Hamauzu, Yoko Shimomura, Hitoshi Sakimoto, Masayoshi Soken, and the classic video game "Final Fantasy". 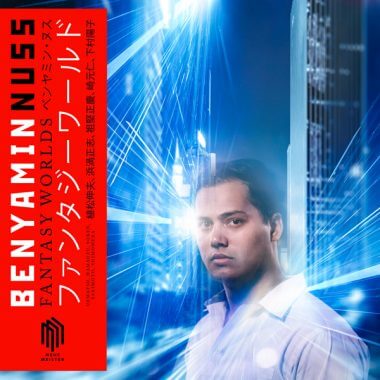