It is a fantastic world that feeds on spiritual entities and ideas, exists far away from reality and yet can be reached by anyone: on the album "Atlas of Imaginary Places", released in 2021, the German-Ukrainian pianist and composer draws a map of her imagination, which she fills with the help of her virtuosity, describing places like "Diamond Desert" or "Leviathan Town" on the piano and thus bringing them to life in the listener's mind.

Damian Marhulets' "Constellation Machine" is now the continuation of this concept, whereby his album can be considered in context, but also stands on its own. It also tells of the fantastic places, but from his perspective. For this, he was able to win over the Danish singer Line Bøgh, who understood his musical sketches without many explanations and enriched them with words: "I was amazed at how aptly she was able to extract from my unfinished musical ideas exactly what I had in mind musically myself. It was almost uncanny how well we understood each other musically without having met in person at the time," says Marhulets.

From the first rapprochements grew the album with its 13 compositions, which is characterised by an intimate atmosphere through the singing. Bøgh's voice appears like a beckoning being, drawing the listener into the enchanting world, guiding him through, describing individual places and thus making it almost impossible to escape the allure of the journey of thoughts.

Musically, however, the album is not only characterised by the voice of the Dane, but also by the sound of the ensemble "Nouvelle Philharmonie" with Sergey Smirnov on piano, Artiom Shishkov on violin and Dima Tsypkin on cello. They refine the pieces with refinement and perfectly placed sounds of their instruments to a sensitive and delicate chamber pop work, on which Marhulets has brought together all the musical elements in a well-measured way and thus effortlessly avoids the temptation of opulence or overload.

The title track, in which Marina Baranova can be heard on the piano, offers a special moment. In this piece, Damian Marhulets and his wife directly meet musically, a title of the same name can also be found on Baranova's album. The theme in both is the same, but the arrangements differ. "Constellation Machine" thus forms the bridge that links the two works. "Marina and I had this idea to create two musically (with a few exceptions) independent albums, but which are strongly connected conceptually. Each of the two albums can decode, comment and explain the other. The individual pieces from both albums refer to each other and build several narrative bridges that connect them. Both albums basically describe the same fantastic world - brought into being by us," Marhulets explains.

However, the world in "Atlas of Imaginary Places" is found at a different time here and is seen from Marhulets' point of view: While the city of the giants ("Leviathan Town" on Baranova's album) is no longer inhabitable on her album and forms a sublime, grandiose and silent object on the map, in Marhulets' "Giants" an encounter takes place, a personal experience that tells of a possible exodus of the giants.

Danish artist Christian Gundtoft developed the image of the machine of constellations on the album cover, as well as a whole series of drawings depicting these constellations themselves. They were created parallel to the song lyrics and directly inspired by them. All in all, the work thus fits into the overarching map of the places presented, makes all those even more vivid and in turn increases the curiosity to indulge in what the participants have to report - each with his or her own artistic expressiveness. 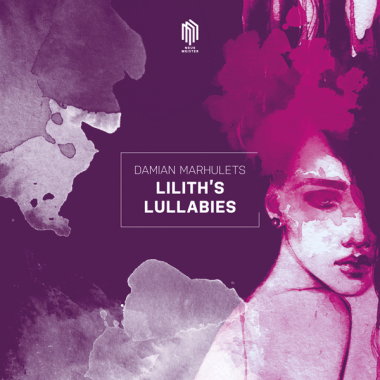 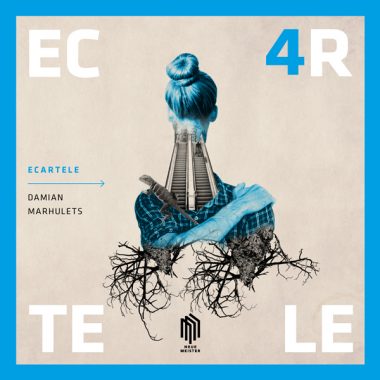 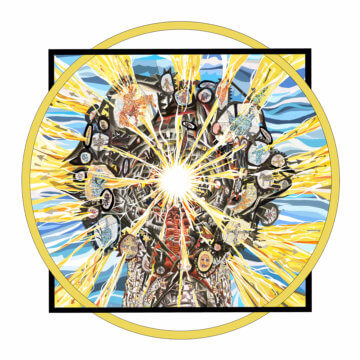 It is a fantastic world that feeds on spiritual entities and ideas, exists far away from reality and yet can be reached by anyone: on the album "Atlas of Imaginary Places", released in 2021, the German-Ukrainian pianist and composer draws a ...

It is a fantastic world that feeds on spiritual entities and ideas, exists far away from reality and yet can be reached by anyone: on the album "Atlas of Imaginary Places", released in 2021, the German-Ukrainian pianist and composer draws a ...